Ecstatic Loom-shows on the Danube

Yes, we did it. Loom played two extraordinary shows on the legendary A38 ship, Budapest, on the surface of the biggest river in Europe, Danube. Anytime until now, we had been at the position of the outsider music listener, the TD-fan, but now we took an active part: we organised the events that rocked the TD-world all over the Globe. Our subjectivism is burnt into this fact, please note.

The decision about the September shows was born in Berlin in February when all the band members and myself met at an Italian restaurant somewhere near Riet Studio, place of several Loom rehearsals previously. That night was all about planning and joking, mixed, and when we stood up from the table it was clear that we were unstoppable and Loom would play again!

Seven weeks later, on the day of the Budapest TD show, we announced Loom's appearance on A38, which caused serious excitement. Loom T-shirts flooded all the surroundings of the Palace of Arts, the venue where TD played, and the first tickets had been sold to the early birds.

A long list of different operations took place until the day came: Thursday, 27th September late night the bus arrived at the hotel with the band members and their staff. We needed sleep as soon as possible to have enough energy for the next day so after some drink at the hotel bar we went to our beds around 2:00 AM. Here comes Friday with the first show - we had a setup period from 12:00 PM to almost 7:00 PM with various technical difficulties. Nils, Loom's sound engineer was amazed with the gear found on the ship and Jan, responsible for the lighting said that his dream was to work on A38, it was such a cool and cult place!

We just realised after the rush that we didn't have any time to eat so the band played the first show quite hungry... Everything started with Johannes on the piano, and yes, we got Quichotte! 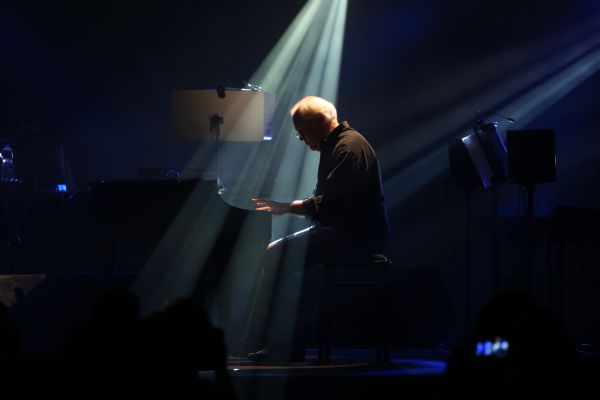 Anybody could manage to follow the show until now, a lot of user videos are available on different video sharing services so we don't stress you with a setlist or a track-by-track analysis. Instead of that, we focus on the musicians' performances, which were really touching, personal and sometimes virtuoso. Johannes played extraordinarily both on piano and on his three synths - one of them was the legendary Jupiter-8, of course. It's so hard to imagine that this perfect stage performer did not use his skills on this territory after leaving TD. He was always in action, jumping between the keyboards, sometimes returning back to the piano, and played such huge solos that Keith Emerson always wanted to. 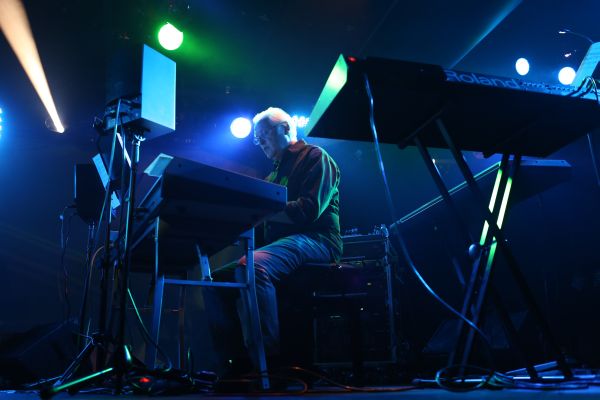 The leading attraction of Johannes is inevitable - but what about Jerome? Yes, he was with his guitar all the time - and all the time he played it (except the piano solos). His very emotional style had never been so focused like now - he united with his instrument perfectly and became the very soulful part of the music. Yes, he played big solos too - when Beach Scene burst during the rehearsals with Johannes playing the bass and the chord lines, Robert pushed some choir and Jerome took over the whole stage with the very well-known solo, all the outside world stopped for a while it seemed.

But it is only a part of the story. Let's see the completely remorked Le Parc/Streethawk, which was introed by Jerome's soft guitar notes in a way that is very irregular in this kind of music. But irregularities help development and it was proven then, immediately. 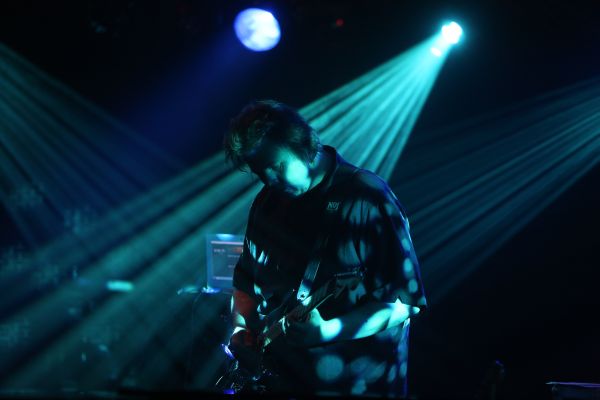 Jerome's young friend, Robert is the Chrisfranke within Loom, therefore the most important man as Johannes introduced him everywhere. His two laptops sequenced all the backing for the band - it is enough responsibility even for a DJ performance but Robert went much further. He also played all the time on his vintage DX7 keyboard (no sound was used from this, just the keyboard functionality) and on more contemporary Yamaha gear. He played various parts, even solos, too - the legendary line from Choronzon was coming out of his hand. 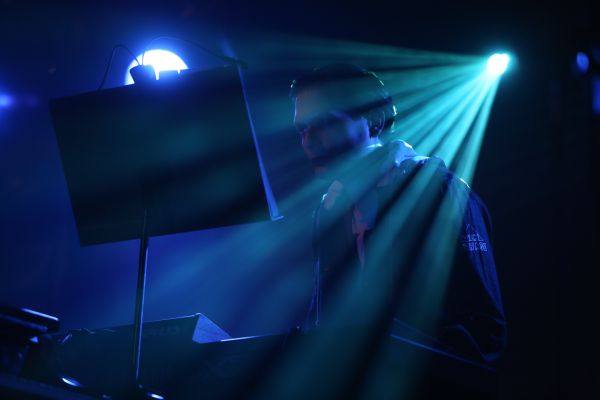 The first show started with an audience of 250-300 standing people and lasted until almost 12:30AM - not everybody but the most enthusiastic ones waited til the end. After the show a backstage consilium analysed the weaknesses and later the band went out for giving autographies and meeting the fans.

And all of us were still hungry so the band, the staff and me jumped in a McDonald's - the unit which won the most beautiful McD's prize since it was designed by Eiffel, more than a hundred years ago. 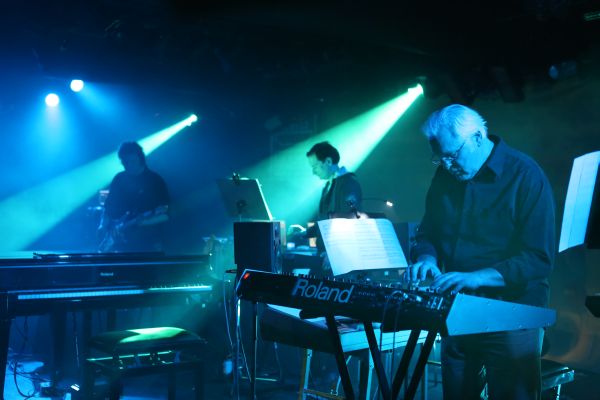 Next day, Saturday we didn't need so long time to setup so we could check some city curiosities and the places where they had played previously! Budapest Sportcsarnok, the place where Johannes played with TD in 1982 to an audience of 11,000 does not exist now - it burnt down in 1999 -, but on the same site an even bigger sports hall is found. Petőfi Csarnok, the venue of the 1997 show of TD with Jerome (3,000 listeners) exists still, and even reopened this year after a long-long break - we checked both places, which was very thrilling for both the band members and the staff also.

In the evening, the hall was already fully packed with chairs when we arrived. Then a full band supper could happen, we had the time for it, and while we were upstairs at the restaurant, the hall went full with people. All the seats were occupied, and around them, standing people were everywhere. 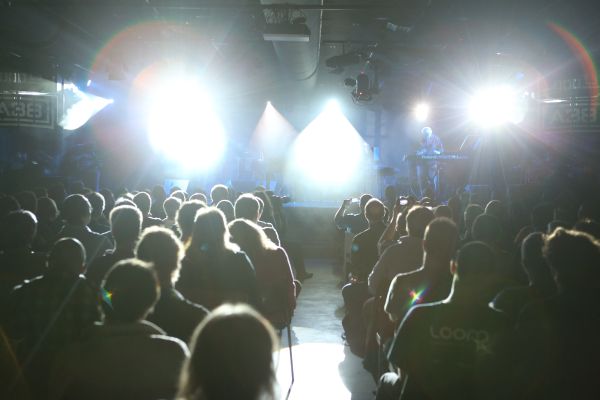 This event was captured by five cameras in HD resolution, and with multitrack audio - the Hungarin state television will broadcast the recording soon. What the musicians did on stage is hard to describe - all the problems were eliminated and they performed a really perfect show. 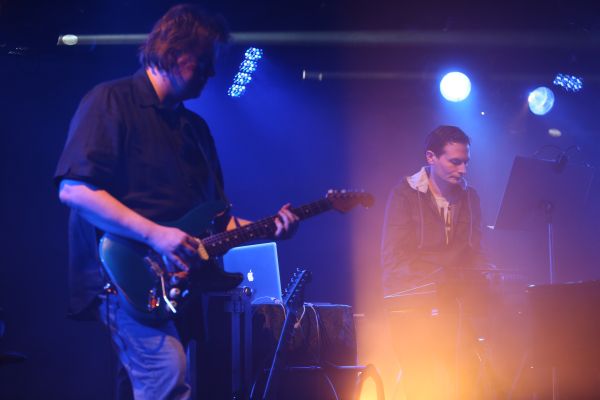 Just right before the show a television interview was recorded backstage. The content of this event is a secret even to myself so I will learn about it from the broadcast :) 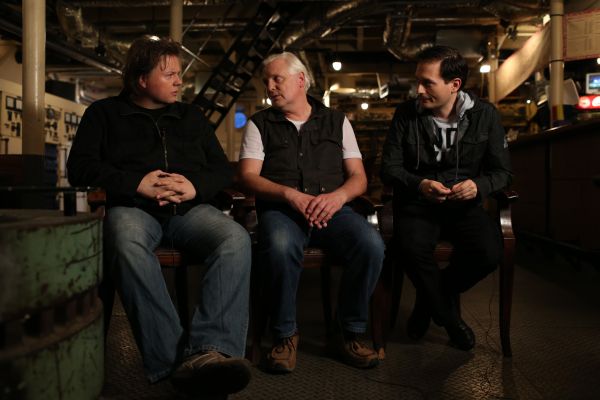 What will happen in the future - we can't know still. But the guys seem very active, Jerome is running a remix contest with us in cooperation and we all hope they will perform again together somehow, somewhere. 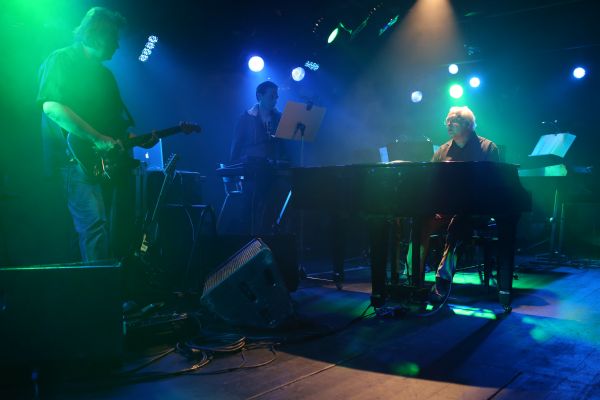